If you spent roughly 50 years of your life at work and work roughly forty hours a week, you can expect to work well over 100,000 hours in your lifetime. That’s a lot of time! It’s no surprise then that psychologists are interested in the social and organizational aspects of the workplace. Business owners, human resource officers, managers, employers, and employees alike can benefit from understanding industrial-organizational psychology. Particularly in our modern, fast-paced, profit-driven society, researchers are interested in behavior in the workplace as well as consumer habits. Psychologists in these fields often team up with economists, marketers, and business academics to discover more about what motivates behavior.

Consider the following: how much does a CEO make compared to the average worker? If you’re like most Americans (many economists included), you probably have an estimate in your head that roughly translates as “too much.” Pressed for a number, you might come up with a figure around 30 to 1. 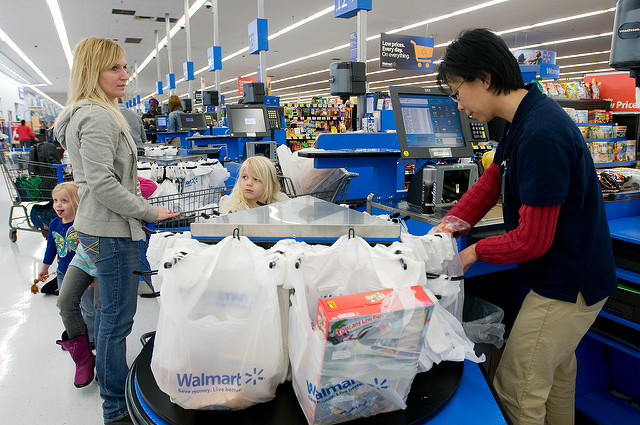 That’s a lot. Far more than what Americans say they’d like it to be—about 7 to 1—but much, much less than what it actually is: more than 300 to 1. Put in real dollars, the average CEO at a S&P 500 company today makes about $12 million a year to the average employee’s $36,000. We’re just as bad at guesstimating wealth inequality.

But despite our ignorance, the vast majority of Americans care a lot about the widening gap between the rich and the middle class. In a recent poll by Pew Research, Americans named inequality the greatest threat to the world — ahead of ethnic conflict, nuclear weapons and climate change.

But do we care enough to change where we shop? New research suggests we do.

In a series of online experiments, researchers Bhavya Mohan, Mike Norton and Rohit Deshpandé at Harvard Business School found people were much more willing to buy a range of products, like towels and televisions, from companies that pay their CEOs salaries closer to what they pay their average employees.

For example, in one experiment, they told people about a set of high-quality, 100 percent Turkish cotton towels. They told one group that the CEO of the company makes $24 million and the average worker makes $24,000 — a 1,000 to 1 ratio like Walmart is estimated to have. The other group was told that the CEO makes 60 times more than the average worker (as is the case at Costco) — in this case, $1,344,000 to the average workers’ $24,000. Then they asked them how fair they thought the company’s wages were and how willing they were to buy the towels. People said they were much more willing to buy from the Costco-type store than the Walmart one.

The researchers ran the experiment again, using different products — batteries, vacuum cleaners, restaurant gift cards — and varying CEO pay ratios — 1,000 to 1, 60 to 1 or 5 to 1. In all their experiments, people said they were much more willing to buy from companies with lower pay ratios.

They tried varying prices, offering 10, 20 and 50 percent discounts on products sold at the store with a higher pay ratio. They also had people compare stores side by side and asked them how much they would be willing to pay for identical products. Again, people still liked the stores with more equal wages — so much so that consumers said they would pay more for products at stores with low ratios, while stores with high ratios like Walmart would have to slash prices in half just to entice consumers to buy.

“We were surprised by how much it took to get a similar willingness to buy,” Mohan told me. “The high pay ratio really affected their perception of the company and their product.”

One explanation for the finding is that consumers hate buying from stores they think are making a huge profit off them. But this rationale doesn’t necessarily apply to wages. As Mohan and her colleagues note, companies with a high pay ratio might actually appear to be more competitive and have higher quality products, because they can attract the best talent with lavish compensation packages. Companies with low ratios, on the other hand, might appear too “soft.”

So they tested that too. But Mohan and her colleagues didn’t find that consumers’ judgments about a company’s management or the quality of its products were affected by paying their CEOs less.

They also looked at which consumers were most likely to be persuaded by pay ratios. It could be that a low ratio might turn off Republican buyers who, according to a number of studies, tend to favor slightly greater inequality than their Democratic counterparts. Democrats and Independents, as the researchers expected, liked companies with lower ratios more, but Republicans were indifferent, suggesting if a company like Costco advertised their low pay ratio they wouldn’t be alienating many, if any, of their customers.

It’s also yet to be seen how people’s preferences play out in real life. The participants in Mohan’s study didn’t actually buy televisions or towels or lamps. They just said how willing they were to buy them. And as Mohan was quick to point out, it’s much easier to state our best intentions than follow through with them.

“CEO pay is out of control. I agree about that, absolutely,” Elson said. “But most consumers are completely, utterly unaware about the internal management of companies. People buy on quality and price.”

Elson equates it to a PR scandal. When workers in Apple’s Chinese factories began killing themselves or when Bank of America awarded its executives multimillion dollar bonuses in the midst of the financial meltdown, public outrage did not result in change.

But even if the results in Mohan’s study were a bit exaggerated, real life results tend to go in the same direction. In follow-up studies, Mohan and her colleagues are now testing to see if consumers actually do choose stores with low pay ratios over others when shopping with their own money. The final tally isn’t in, but preliminary data suggests they do.