In this module, you learned about a wide spectrum of human behavior and interaction. Social psychology is fascinating, sometimes shocking (both figuratively and literally!), and ever-evolving. You learned about the way we attribute our own and other people’s behavior to either situational or dispositional factors and how we have a tendency to fall prey to the fundamental attribution error. We are easily influenced by those around us, whether it be through persuasion or a desire to conform or obey. We also behave differently in groups, and sometimes show prejudices or discriminate against those who aren’t like us.

Jonah Berger, a marketing professor at the Wharton School of the University of Pennsylvania, recently wrote a book called Invisible Influence: The Hidden Forces That Shape Behavior, in which he examines our desire to fit in, yet not be like everyone else. He was interviewed by Ilaria Schlitz for The Psych Report. Read their interview below and consider how Berger’s responses fit in with the things you learned about in this module. 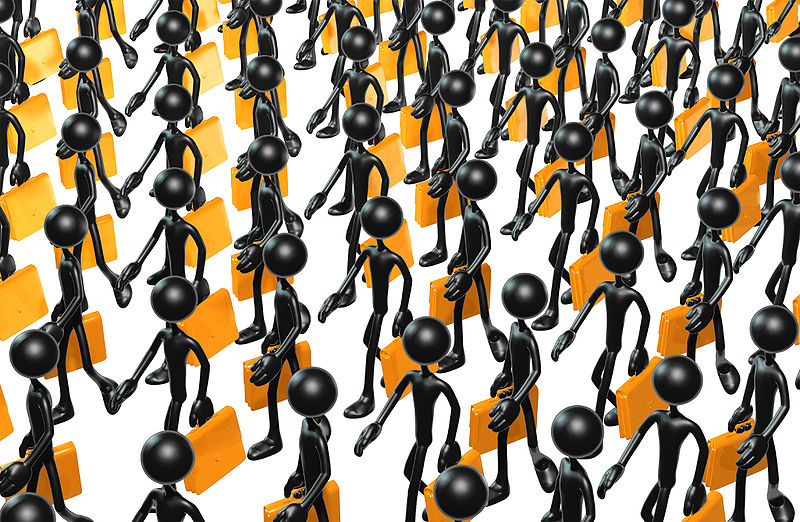 Ilaria Schlitz: You begin your book by talking about your research on BMW owners and how they perceive themselves and others. What were the origins of the research?

Jonah Berger: The research actually started with an anecdote. I was in Washington, DC visiting my family and talking to my father. I was telling him I was doing some research on social influence and he was lamenting social influence’s affect on the world. He was saying, “Oh God, in DC, lawyers are all so heavily influenced. When they become partner, the first thing they do is buy a new BMW.” What I pointed out is that that’s true Dad, but you’re a DC lawyer, you drive a BMW. He said, “No, but I drive a blue one and they all drive gray ones.”

Sometimes we see influence—we readily see our peers doing the same thing as the folks next to them. Yet there’s one place where we often fail to see influence, and that is ourselves. Often because it has a nonconscious effect on our behavior, we are not aware that it is influencing us. The effect that it has is not as simplistic as we might think. We often tend to think of influence as conforming or imitation, people doing the same thing as others. That happens sometimes, but just as often people differentiate themselves. People don’t just do one or the other, they do both simultaneously. They want to be optimally distinct, or similar but different. Invisible Influence is all about how sometimes seemingly conflicting motivations shape our behavior, and how by understanding the science we can all live healthier and happier lives.

IS: Is social influence really inevitable or is it possible to overcome it by being aware of the ways we are influenced?

JB: The most interesting question is not if we can correct against it, but should we correct against it. We definitely have this notion that being influenced is bad, and indeed there are cases where being influenced is bad, but there are just as many cases where being influenced is helpful. Imagine that you had to pick where to go out to eat or what movie to watch without talking to anyone else—you couldn’t use online reviews, you couldn’t ask your friends. Life would be a lot harder. Others often provide useful information that helps us make better and faster decisions. They also help us get motivated. Comparing ourselves to others encourages us to work harder and perform better. Just as influence can hurt, it can also help. The reason I wrote the book was really to help people be aware of influence. If we understand what influence is and when it’s happening, we can try to take advantage of its upsides and avoid its down sides

IS: In your book, you mention the role of influence in politics. What are some of the ways that you’ve noticed social influence being used in politics lately?

Even something like politics, where we think it’s all about the issues, what something signals or communicates has a big impact on behavior. There’s a very nice body of research showing that party often matters more than policy. If you’re looking at a particular policy, how you vote on that policy depends almost entirely on whether you think that policy is supported by your party or the opposite party. Even in important decisions such as how we vote, others have an impact on our decisions.

IS: How do companies take advantage of the extent to which social influence affects what people buy? Is there a company that comes to mind that harnesses social influence in a particularly positive way?

JB: It’s not just companies using influence to sell stuff. Movember [has] done a great job of using social influence to raise hundreds of millions of dollars for men’s cancers. Donations are usually a private behavior, people have no idea what someone’s donating to. Because of that, we can’t follow suit. We have no idea what they’re doing, so we can’t imitate their behavior. Movember came along and said let’s make a public signal of an otherwise private act. You’re not just donating money, you’re wearing a mustache. Because you’re wearing a mustache, it’s easier for people to see that you donated and as a result other people are more likely to donate. Whether we’re buying a car because our neighbor bought one recently, or we’re supporting a cause because we can tell that people are doing it, companies and organizations that make behavior visible can harness influence to get their message to catch on.

IS: What are some ways that individuals can harness social influence to make positive changes in their own lives?

JB: Any time we’re trying to achieve something, whether we’re trying to lose weight, exercise more, put in extra hours at the office, peers are a powerful motivating force. We did some research showing that NBA basketball teams are actually more likely to win when they are behind, but just by a little, because that gap causes people to be motivated and try harder. If you’re trying to lose weight for example, rather than just doing it by yourself, pair up with someone else and say “Hey, who can lose 15 pounds faster?” Or if you’re trying to run faster or train harder, rather than training at home, work out at the gym where other people are around. Running on a treadmill next to someone, rather than far away, will actually motivate you to work harder. Social facilitation can increase performance and encourage us to do better. Rather than trying to control or motivate our behavior by ourselves, others are often a better way to do it.

IS: Is there anything else you’d like to add?

JB: These motivations often don’t live on their own. We often think about conforming and imitation and then we think about differentiation and uniqueness, but these two things often work in concert. We want to be similar but different. We want to be, in some sense, optimally distinct. It’s a little bit like Goldilocks. I call it the Goldilocks effect, where too similar is bad—we don’t want to be the same as everybody else—but too different is also bad—we don’t want to stand out and have no one else be like us. We’re trying to walk the line between being similar and different—being part of a group, feeling kinship, feeling support and validation for our choices, but also feeling unique and special by differentiating ourselves from the group.