Chapter 6: The Politics of Public Opinion 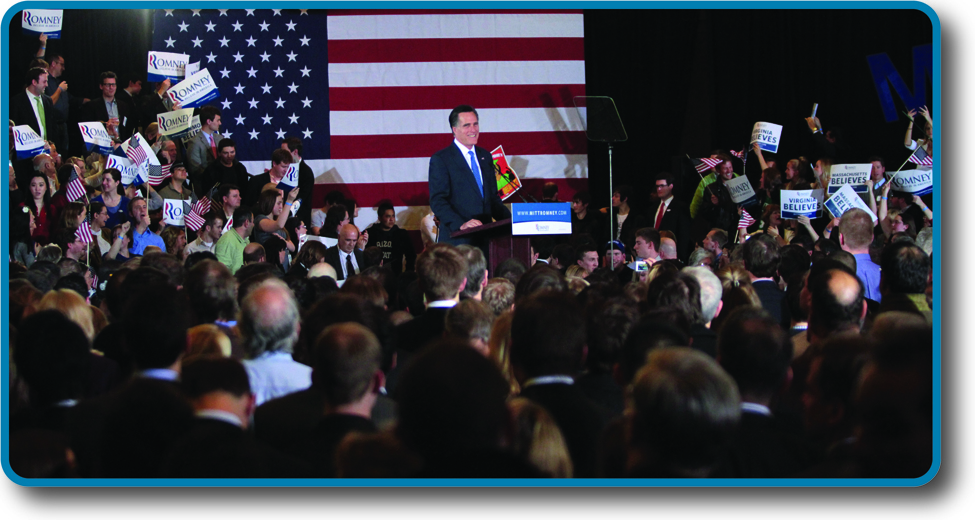 On November 7, 2012, the day after the presidential election, journalists found Mitt Romney’s transition website, detailing the Republican candidate’s plans for the upcoming inauguration celebration and criteria for Cabinet and White House appointees and leaving space for video of his acceptance speech.[1]

Yet, Romney had lost his bid for the White House.

Romney’s campaign staff had been so sure he would win that he had not written a concession speech. How could they have been wrong? Romney’s staff blamed the campaign’s own polls. The staff believed Republican voters were highly motivated, leading Romney pollsters to overestimate how many would turn out.[2]

On election night, Romney gave his hastily drafted concession speech, still unsure how he had lost.

In the 2016 election, most polls showed Democratic nominee Hillary Clinton with an advantage nationwide and in the battleground states in the days leading up to the election. However, Republican nominee Donald Trump was elected president as many new voters joined the process, voters who were not studied in the polls as likely voters. As many a disappointed candidate knows, public opinion matters. The way opinions are formed and the way we measure public opinion also matter. But how much, and why? These are some of the questions we’ll explore in this chapter.