Not all the business of Congress involves bickering, political infighting, government shutdowns, and Machiavellian maneuvering. Congress does actually get work done. Traditionally, it does this work in a very methodical way. In this section, we will explore how Congress functions at the leadership and committee levels. We will learn how the party leadership controls their conferences and how the many committees within Congress create legislation that can then be moved forward or die on the floor.

The party leadership in Congress controls the actions of Congress. Leaders are elected by the two-party conferences in each chamber. In the House of Representatives, these are the House Democratic Conference and the House Republican Conference. These conferences meet regularly and separately not only to elect their leaders but also to discuss important issues and strategies for moving policy forward. Based on the number of members in each conference, one conference becomes the majority conference and the other becomes the minority conference. Independents like Senator Bernie Sanders will typically join one or the other major party conference, as a matter of practicality and often based on ideological affinity. Without the membership to elect their own leadership, independents would have a very difficult time getting things done in Congress unless they had a relationship with the leaders.

Despite the power of the conferences, however, the most important leadership position in the House is actually elected by the entire body of representatives. This position is called the Speaker of the House and is the only House officer mentioned in the Constitution. The Constitution does not require the Speaker to be a member of the House, although to date, all fifty-four Speakers have been. The Speaker is the presiding officer, the administrative head of the House, the partisan leader of the majority party in the House, and an elected representative of a single congressional district ((Figure)). As a testament to the importance of the Speaker, since 1947, the holder of this position has been second in line to succeed the president in an emergency, after the vice president. 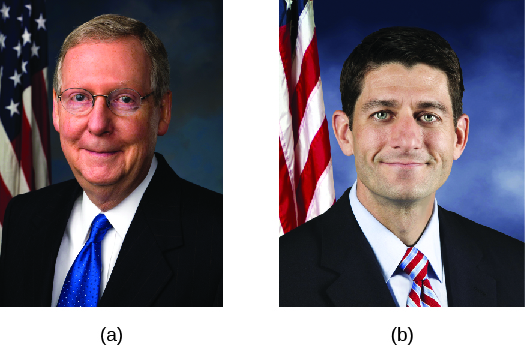 Figure 1. Republican Mitch McConnell of Kentucky (a), the majority leader in the Senate, and Republican Paul Ryan of Wisconsin (b), the Speaker of the House, are the most powerful congressional leaders in their respective chambers.

The Speaker serves until his or her party loses, or until he or she is voted out of the position or chooses to step down. Republican Speaker John Boehner became the latest Speaker to walk away from the position when it appeared his position was in jeopardy. This event shows how the party conference (or caucus) oversees the leadership as much as, if not more than, the leadership oversees the party membership in the chamber. The Speaker is invested with quite a bit of power, such as the ability to assign bills to committees and decide when a bill will be presented to the floor for a vote. The Speaker also rules on House procedures, often delegating authority for certain duties to other members. He or she appoints members and chairs to committees, creates select committees to fulfill a specific purpose and then disband, and can even select a member to be speaker pro tempore, who acts as Speaker in the Speaker’s absence. Finally, when the Senate joins the House in a joint session, the Speaker presides over these sessions, because they are usually held in the House of Representatives.

Below these leaders are the two party’s respective whips. A whip’s job, as the name suggests, is to whip up votes and otherwise enforce party discipline. Whips make the rounds in Congress, telling members the position of the leadership and the collective voting strategy, and sometimes they wave various carrots and sticks in front of recalcitrant members to bring them in line. The remainder of the leadership positions in the House include a handful of chairs and assistantships.

With 535 members in Congress and a seemingly infinite number of domestic, international, economic, agricultural, regulatory, criminal, and military issues to deal with at any given moment, the two chambers must divide their work based on specialization. Congress does this through the committee system. Specialized committees (or subcommittees) in both the House and the Senate are where bills originate and most of the work that sets the congressional agenda takes place. Committees are roughly approximate to a bureaucratic department in the executive branch. There are well over two hundred committees, subcommittees, select committees, and joint committees in the Congress. The core committees are called standing committees. There are twenty standing committees in the House and sixteen in the Senate ((Figure)).

Members of both parties compete for positions on various committees. These positions are typically filled by majority and minority members to roughly approximate the ratio of majority to minority members in the respective chambers, although committees are chaired by members of the majority party. Committees and their chairs have a lot of power in the legislative process, including the ability to stop a bill from going to the floor (the full chamber) for a vote. Indeed, most bills die in committee. But when a committee is eager to develop legislation, it takes a number of methodical steps. It will reach out to relevant agencies for comment on resolutions to the problem at hand, such as by holding hearings with experts to collect information. In the Senate, committee hearings are also held to confirm presidential appointments ((Figure)). After the information has been collected, the committee meets to discuss amendments and legislative language. Finally, the committee will send the bill to the full chamber along with a committee report. The report provides the majority opinion about why the bill should be passed, a minority view to the contrary, and estimates of the proposed law’s cost and impact. 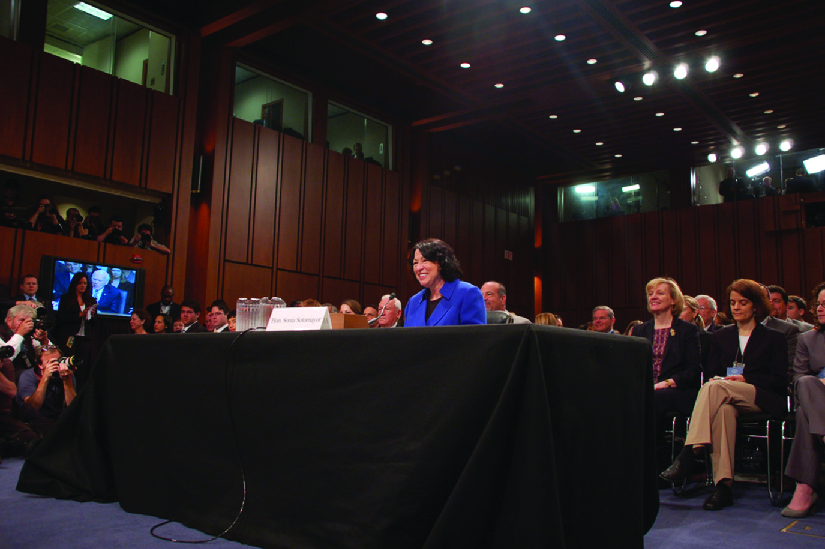 Figure 2. On July 13, 2009, Supreme Court justice Sonia Sotomayor began the first day of her confirmation hearings before the U.S. Senate Committee on the Judiciary. The Senate Judiciary Committee is one of the oldest of the sixteen standing committees in the Senate.

Committee hearings can become politically driven public spectacles. Consider the House Select Committee on Benghazi, the committee assembled by Republicans to further investigate the 2011 attacks on the U.S. Consulate in Benghazi, Libya. This prolonged investigation became particularly partisan as Republicans trained their guns on then-secretary of state Hillary Clinton, who was running for the presidency at the time. In two multi-hour hearings in which Secretary Clinton was the only witness, Republicans tended to grandstand in the hopes of gaining political advantage or tripping her up, while Democrats tended to use their time to ridicule Republicans ((Figure)).[1]

In the end, the long hearings uncovered little more than the elevated state of partisanship in the House, which had scarcely been a secret before. 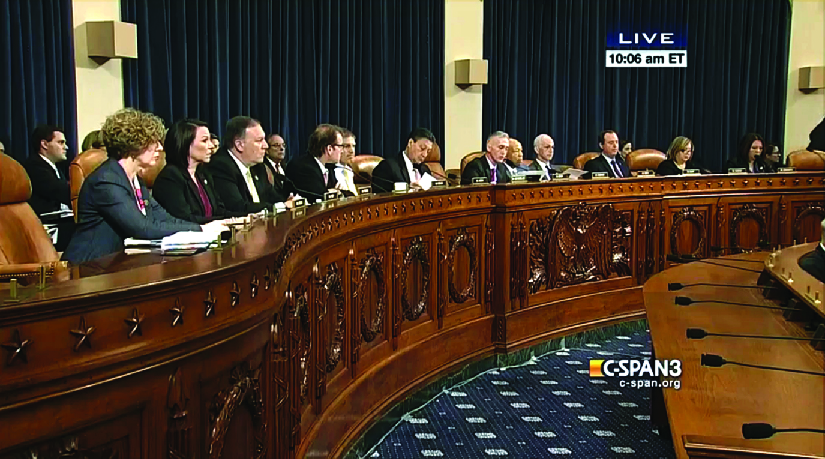 Figure 3. On October 22, 2015, former Secretary of State Hillary Clinton testified for the second time before the House Select Committee on Benghazi, answering questions from members for more than eight hours.

Members of Congress bring to their roles a variety of specific experiences, interests, and levels of expertise, and try to match these to committee positions. For example, House members from states with large agricultural interests will typically seek positions on the Agriculture Committee. Senate members with a background in banking or finance may seek positions on the Senate Finance Committee. Members can request these positions from their chambers’ respective leadership, and the leadership also selects the committee chairs.

Committee chairs are very powerful. They control the committee’s budget and choose when the committee will meet, when it will hold hearings, and even whether it will consider a bill ((Figure)). A chair can convene a meeting when members of the minority are absent or adjourn a meeting when things are not progressing as the majority leadership wishes. Chairs can hear a bill even when the rest of the committee objects. They do not remain in these powerful positions indefinitely, however. In the House, rules prevent committee chairs from serving more than six consecutive years and from serving as the chair of a subcommittee at the same time. A senator may serve only six years as chair of a committee but may, in some instances, also serve as a chair or ranking member of another committee.

Figure 4. In 2016, Republican Chuck Grassley of Iowa (a), the chair of the Senate Judiciary Committee, refused to hold hearings on the nomination of Merrick Garland to the Supreme Court, despite the urging of his committee colleagues. In the meantime, Garland met with numerous senators, such as Republican Susan Collins of Maine (b). As of Election Day, no hearings had been held. Given the election of Republican Donald Trump, it would be logical to presume that none will ever be held on this nominee. The Republican Senate will welcome a Trump nominee in early 2017.

Because the Senate is much smaller than the House, senators hold more committee assignments than House members. There are sixteen standing committees in the Senate, and each position must be filled. In contrast, in the House, with 435 members and only twenty standing committees, committee members have time to pursue a more in-depth review of a policy. House members historically defer to the decisions of committees, while senators tend to view committee decisions as recommendations, often seeking additional discussion that could lead to changes.

Take a look at the scores of committees in the House and Senate. The late House Speaker Tip O’Neill once quipped that if you didn’t know a new House member’s name, you could just call him Mr. Chairperson.

select committee
a small legislative committee created to fulfill a specific purpose and then disbanded; also called an ad hoc, or special, committee

Speaker of the House
the presiding officer of the House of Representatives and the leader of the majority party; the Speaker is second in the presidential line of succession, after the vice president

whip
in the House and in the Senate, a high leadership position whose primary duty is to enforce voting discipline in the chambers and conferences