Related to Searching as Strategic Exploration is the idea of Scholarship as Conversation. From the Framework for Information Literacy: “Communities of scholars, researchers, or professionals engage in sustained discourse with new insights and discoveries occurring over time as a result of varied perspectives and interpretations.” They further add that, “Instead of seeking discrete answers to complex problems, experts understand that a given issue may be characterized by several competing perspectives as part of an ongoing conversation in which information users and creators come together and negotiate meaning.”

We will explore the idea of scholarship as conversation in this page by focusing on the following key concepts:

The conversation analogy can help us grasp the meaning and purpose of audience awareness, a concept that is new to many students. Academic communities revolve around questions researchers ask that move the conversation about a specific topic or problem forward. They converse with each other through the research they present at conferences and publish in scholarly books and journals. Before we discuss this concept more in-depth, let’s watch Jada discuss her approach to entering the scholarly conversation pertaining to James Baldwin and “Sonny’s Blues.”

Jada’s experience growing up in the Bronx, and her father’s interest in Jazz, gave her a natural connection to the themes in “Sonny’s Blues”, and served as her entry into the conversation about Baldwin, class, and . Jada’s background directed her to certain kinds of scholarship, which added texture and depth to her personal story as well as her reading of Baldwin.

For more advice on Scholarship as Conversation, consider the following from WritingCommons.org:[1]

In order to easily identify a conversation between your sources, look at those sources (articles, websites, images, videos, books), and think of these questions:

Overcoming the Anxiety of Influence, or Making a Convincing Argument with You as the Authority

Many beginning researchers suffer from “the anxiety of influence”: the fear of appearing as a mere imitator to a more established scholar or writer. The anxiety of influence affects both creative writers and literary scholars. This fear often leads students to make the mistake of avoiding other texts because they believe it will influence them too much and thus will quash their original ideas. Nevertheless, original ideas don’t come from nowhere; they arise from our engagement with other texts. “Influence” is a tricky word since it implies that the past is acting upon you; however, you, as the scholar, are in the driver’s seat. You select ideas from those around you and arrange them in ways that convincingly make the case you set out to make. Of course, you need to cite any ideas that are not your own and give credit where it is due, but you are the one responsible for the finished product.

Think of this responsibility – of being the authority – as being similar to that of a museum curator. The curator is usually presenting other people’s work but is doing so to make a point or share a point of view. The curator is responsible for knowing about the material and not misrepresenting it. The same is true for you as you write your paper.

Another analogy for positioning yourself as the authority is the tour guide. The tour guide uses the following methods to establish authority and a point of view:

The key here is to decide what the significance is. For example, if I am taking a group of people on a tour of the pyramids in Egypt, my focus might be on Egyptian mythology, and my point might be that it contributed to Judeo-Christian beliefs and culture. Then, everything I point out at the site will keep to that original point.

Instead, perhaps I want to focus on the significance of the division of labor in ancient Egypt. Then, I will discuss work, technology, and money, and I might point to evidence about how workers lived and about the tools they used. In other words, we must decide what significance we make of the materials. The most effective way to convey significance is by focusing on the consequences of the argument. Since X is true, then Y is a result.

Since ancient Egyptian society had skilled craftsmen and precise tools, they must have had a way to teach their technical skills to succeeding generations.

The anxiety of influence often leads students to the “hit and run” citation style: papers consisting of quotes strung together with little context or analysis. Always comment on quotes and incorporate them into your argument. Your readers want to know what you think and how you think. Show readers how you think by leading them through a series of inferences. Imagine your work as a conversation with others in the field; be engaged as well as engaging and always keep in mind why your argument is important.

For more advice on Overcoming Anxiety and You as the Authority, consider the following from Harvard College Writing Center:

As the writer of an essay, imagine yourself crossing a river, guiding a troop of avid readers. You bring an armful of stones to lay down and step on as you go; each stone is a sentence or paragraph that speaks to and develops the essay’s thesis, or central question. If you find yourself in the middle of the river with another mile to shore but only a few more stones, you can’t finesse such a situation. You can’t ask your readers to follow you and jump too broad a span. In such a case, stop. Ask yourself if you need more stones—more sentences or paragraphs—or if perhaps you have already used ones that more properly belong ahead. On a second look, you may decide that the distance between stones is not that great, after all; perhaps your reader only needs a hand of assistance to get from one stone, or paragraph, to the next.

Many researchers find productive problems by looking for gaps in the published research. “Gaps” refers to areas of research that have yet to be fully explored. They may be neglected or overlooked areas but they can also be tensions and contradictions in the research. To go back to the conversation analogy, gaps, tensions, and contradictions are identified through the ongoing debate among scholars. Identifying gaps is accomplished by conducting a literature review and asking critical open-ended questions – such as who, what, when, where, why, and how – about your findings. Your goal is to contribute something unique that will generate new knowledge, help solve a problem, and keep the conversation going. Filling a gap in knowledge is often a “low stakes” exercise since it accepts the paradigm of knowledge – the big picture – and works to fill in the margins. Imagine a large mosaic where the general outline and main features are done, but not all the areas are filled in. Think of these unfinished areas as the “gaps.”

We introduced the idea of relevance and purpose in Chapter 2 where we noted that relevance is an entry into the scholarly conversation, and that it can be evaluated against specific criteria. “Sonny’s Blues” raises questions about the impact of systemic racism on black individuals and families, and it celebrates the creativity and resilience of black culture, making the story relevant to a large audience many years later. The similarities between Jada’s experiences and Baldwin’s literary work and biography motivated her to conduct research, but Jada has to consider whether including her personal story in the writing will be relevant or necessary to her audience and research question. 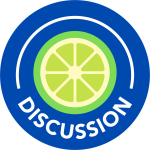