[1]Just as a lawyer in a courtroom alternates between presenting legal principles (concepts) and a specific case (concrete facts), you need to alternate between the conceptual and concrete when you present your argument to readers. Generally, researchers use deductive reasoning to make their case to their readers. Deductive reasoning uses syllogisms, which are three-part structures (two premises and a conclusion) that tell us what to think about a particular case. In deductive logic you need to prove both premises are true and prove that the conclusion must follow from the premises.

The major premise is about a broad concept (the Black Aesthetic) and its general principles and purposes. The minor premise is concrete since it is about a particular case: the James Baldwin’s story “Sonny’s Blues.” The conclusion results from applying the conceptual principle to the concrete case.

Our sample syllogism is not very good, however, since it tells us something that we already knew or could discover easily. We can make a better argument by considering a specific problem. Addiction is one of the themes in “Sonny’s Blues.” A relevant research question might be: “How does the Black Aesthetic help us to understand or solve the problem of addiction?” The thesis, or answer, might have something to do with figuring out how the loss of history, identity, recognition, and celebrations of blackness draws some black people into addiction and how the restoration of those things might help prevent addiction or help addicts recover.

If we pursue this line of inquiry, we can keep our syllogism above, but we need to add a new one to it:

Here you need to define key concepts and show how they apply to the particular case of Sonny. You need to support your major premise; how strong is the theory that anomie is a cause of addiction? You also have to explain what “sometimes” and “more likely” mean; are there statistics you can find?

When we find data that supports a major premise, we are using inductive reasoning. The deductive syllogism we discussed earlier moved from conceptual principle (about addiction and anomie) to a concrete case (Sonny’s experiences with anomie as a result of racism). The inductive argument moves the opposite way; it gathers concrete cases from the real world (found in scientific studies) to see if there is a strong relationship between addiction and anomie, and between anomie and racism. If we can support our premises through inductive reasoning, then our deductive argument is more secure.

An abductive argument is about the causal relationships of events. It is similar to the reasoning that detectives and doctors use every day when they see a result (evidence of crime or illness) and reason backwards to determine its causes. The deductive argument about Sonny’ addiction discussed above could be reframed as an abductive argument, reasoning from results to causes. What caused Sonny’s addiction? Were there multiple factors? Often with abductive arguments we need to gather more evidence to make sure we have identified the correct causes.

Conductive reasoning is associative logic based on resemblance, puns, homonyms, and images. It explains how we make associations, such as the way people get nicknames. A famous nickname, used in “Sonny’s Blues,” is the name “Bird,” referring to jazz musician Charlie Parker. How did Parker get the name “Bird”? There are many theories:

The origin stories about his nickname Yardbird (usually shortened to Bird) include that it derived from a cousin mispronouncing his name as “Yarlie”, and that it was conferred by a musician after Parker rescued a chicken that had been struck by a car and then had it cooked for dinner. The most convincing explanation is the one provided by trombonist Clyde Bernhardt, in his autobiography I Remember. “Charlie told me he got the name ‘Yardbird’ because he was crazy about eating chicken: fried, baked, boiled, stewed, anything. Down there in the South, all chickens are called yardbirds.”[2]

A research paper into “Sonny’s Blues” might examine the ways in which conductive reasoning functions in black subcultures such as jazz. 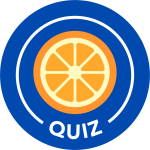 Relating the Conceptual and Concrete Refresher