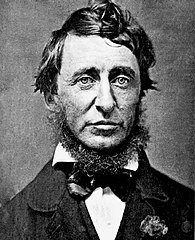 On the thirty-first day of March, one hundred and forty-two years before this, probably about this time in the afternoon, there were hurriedly paddling down this part of the river, between the pine woods which then fringed these banks, two white women and a boy, who had left an island at the mouth of the Contoocook before daybreak. They were slightly clad for the season, in the English fashion, and handled their paddles unskillfully, but with nervous energy and determination, and at the bottom of their canoe lay the still bleeding scalps of ten of the aborigines. They were Hannah Dustan, and her nurse, Mary Neff, both of Haverhill, eighteen miles from the mouth of this river, and an English boy, named Samuel Lennardson, escaping from captivity among the Indians. On the 15th of March previous, Hannah Dustan had been compelled to rise from child-bed, and half dressed, with one foot bare, accompanied by her nurse, commence an uncertain march, in still inclement weather, through the snow and the wilderness. She had seen her seven elder children flee with their father, but knew not of their fate. She had seen her infant’s brains dashed out against an apple-tree, and had left her own and her neighbors’ dwellings in ashes. When she reached the wigwam of her captor, situated on an island in the Merrimack, more than twenty miles above where we now are, she had been told that she and her nurse were soon to be taken to a distant Indian settlement, and there made to run the gauntlet naked. The family of this Indian consisted of two men, three women, and seven children, beside an English boy, whom she found a prisoner among them. Having determined to attempt her escape, she instructed the boy to inquire of one of the men, how he should dispatch an enemy in the quickest manner, and take his scalp. “Strike ’em there,” said he, placing his finger on his temple, and he also showed him how to take off the scalp. On the morning of the 31st she arose before daybreak, and awoke her nurse and the boy, and taking the Indians’ tomahawks, they killed them all in their sleep, excepting one favorite boy, and one squaw who fled wounded with him to the woods. The English boy struck the Indian who had given him the information, on the temple, as he had been directed. They then collected all the provision they could find, and took their master’s tomahawk and gun, and scuttling all the canoes but one, commenced their flight to Haverhill, distant about sixty miles by the river. But after having proceeded a short distance, fearing that her story would not be believed if she should escape to tell it, they returned to the silent wigwam, and taking off the scalps of the dead, put them into a bag as proofs of what they had done, and then retracing their steps to the shore in the twilight, recommenced their voyage.

Early this morning this deed was performed, and now, perchance, these tired women and this boy, their clothes stained with blood, and their minds racked with alternate resolution and fear, are making a hasty meal of parched corn and moose-meat, while their canoe glides under these pine roots whose stumps are still standing on the bank. They are thinking of the dead whom they have left behind on that solitary isle far up the stream, and of the relentless living warriors who are in pursuit. Every withered leaf which the winter has left seems to know their story, and in its rustling to repeat it and betray them. An Indian lurks behind every rock and pine, and their nerves cannot bear the tapping of a woodpecker. Or they forget their own dangers and their deeds in conjecturing the fate of their kindred, and whether, if they escape the Indians, they shall find the former still alive. They do not stop to cook their meals upon the bank, nor land, except to carry their canoe about the falls. The stolen birch forgets its master and does them good service, and the swollen current bears them swiftly along with little need of the paddle, except to steer and keep them warm by exercise. For ice is floating in the river; the spring is opening; the muskrat and the beaver are driven out of their holes by the flood; deer gaze at them from the bank; a few faint-singing forest birds, perchance, fly across the river to the northernmost shore; the fish-hawk sails and screams overhead, and geese fly over with a startling clangor; but they do not observe these things, or they speedily forget them. They do not smile or chat all day. Sometimes they pass an Indian grave surrounded by its paling on the bank, or the frame of a wigwam, with a few coals left behind, or the withered stalks still rustling in the Indian’s solitary cornfield on the interval. The birch stripped of its bark, or the charred stump where a tree has been burned down to be made into a canoe, these are the only traces of man,—a fabulous wild man to us. On either side, the primeval forest stretches away uninterrupted to Canada, or to the “South Sea”; to the white man a drear and howling wilderness, but to the Indian a home, adapted to his nature, and cheerful as the smile of the Great Spirit.

While we loiter here this autumn evening, looking for a spot retired enough, where we shall quietly rest to-night, they thus, in that chilly March evening, one hundred and forty-two years before us, with wind and current favoring, have already glided out of sight, not to camp, as we shall, at night, but while two sleep one will manage the canoe, and the swift stream bear them onward to the settlements, it may be, even to old John Lovewell’s house on Salmon Brook to-night.

According to the historian, they escaped as by a miracle all roving bands of Indians, and reached their homes in safety, with their trophies, for which the General Court paid them fifty pounds. The family of Hannah Dustan all assembled alive once more, except the infant whose brains were dashed out against the apple-tree, and there have been many who in later times have lived to say that they had eaten of the fruit of that apple-tree.

This seems a long while ago, and yet it happened since Milton wrote his Paradise Lost. But its antiquity is not the less great for that, for we do not regulate our historical time by the English standard, nor did the English by the Roman, nor the Roman by the Greek. “We must look a long way back,” says Raleigh, “to find the Romans giving laws to nations, and their consuls bringing kings and princes bound in chains to Rome in triumph; to see men go to Greece for wisdom, or Ophir for gold; when now nothing remains but a poor paper remembrance of their former condition.” And yet, in one sense, not so far back as to find the Penacooks and Pawtuckets using bows and arrows and hatchets of stone, on the banks of the Merrimack. From this September afternoon, and from between these now cultivated shores, those times seemed more remote than the dark ages. On beholding an old picture of Concord, as it appeared but seventy-five years ago, with a fair open prospect and a light on trees and river, as if it were broad noon, I find that I had not thought the sun shone in those days, or that men lived in broad daylight then. Still less do we imagine the sun shining on hill and valley during Philip’s war, on the war-path of Church or Philip, or later of Lovewell or Paugus, with serene summer weather, but they must have lived and fought in a dim twilight or night.

The age of the world is great enough for our imaginations, even according to the Mosaic account, without borrowing any years from the geologist. From Adam and Eve at one leap sheer down to the deluge, and then through the ancient monarchies, through Babylon and Thebes, Brahma and Abraham, to Greece and the Argonauts; whence we might start again with Orpheus and the Trojan war, the Pyramids and the Olympic games, and Homer and Athens, for our stages; and after a breathing space at the building of Rome, continue our journey down through Odin and Christ to—America. It is a wearisome while. And yet the lives of but sixty old women, such as live under the hill, say of a century each, strung together, are sufficient to reach over the whole ground. Taking hold of hands they would span the interval from Eve to my own mother. A respectable tea-party merely,—whose gossip would be Universal History. The fourth old woman from myself suckled Columbus,—the ninth was nurse to the Norman Conqueror,—the nineteenth was the Virgin Mary,—the twenty-fourth the Cumæan Sibyl,—the thirtieth was at the Trojan war and Helen her name,—the thirty-eighth was Queen Semiramis,—the sixtieth was Eve the mother of mankind. So much for the

Old woman that lives under the hill,
And if she’s not gone she lives there still.

It will not take a very great-granddaughter of hers to be in at the death of Time.

We can never safely exceed the actual facts in our narratives. Of pure invention, such as some suppose, there is no instance. To write a true work of fiction even, is only to take leisure and liberty to describe some things more exactly as they are. A true account of the actual is the rarest poetry, for common sense always takes a hasty and superficial view.

A Week on the Concord and Merrimack Rivers by Henry David Thoreau is produced by Project Gutenberg and released under a public domain license.

Open Anthology of American Literature by Farrah Cato is licensed under a Creative Commons Attribution 4.0 International License, except where otherwise noted.